Shopping Cart
Your Cart is Empty
Quantity:
Subtotal
Taxes
Shipping
Total
There was an error with PayPalClick here to try again

Thank you for your business!You should be receiving an order confirmation from Paypal shortly.Exit Shopping Cart

Investigation revealed the involvement of another soldier and a DOD employee. They allegedly used internet alias' and continued their deception even after being notified of the death of the deceased. Records show that for unknown reasons for three hours on a military installation, during duty hours calls were made from Brown's phone trying to get the victim on the phone three days before her death.

PLEASE NOTE: As we present what we believe are the facts in this case no persons have been charged with any crime and are to be presumed innocent.

King, despite the military penalties for adultery informed the deceased of her ongoing three year relationship with Goodwin.

Subpoenaed evidence show that Sgt Latoya King defied a direct order for no contact with Goodwin multiple times. Click to see evidence that Sgt King defied a direct order Please note that there is a typo in the letter to her command. It references August of 2012. The order for no contact was issued on May 8, 2012 and repeatedly violated over the following 30 days more than 60 times. 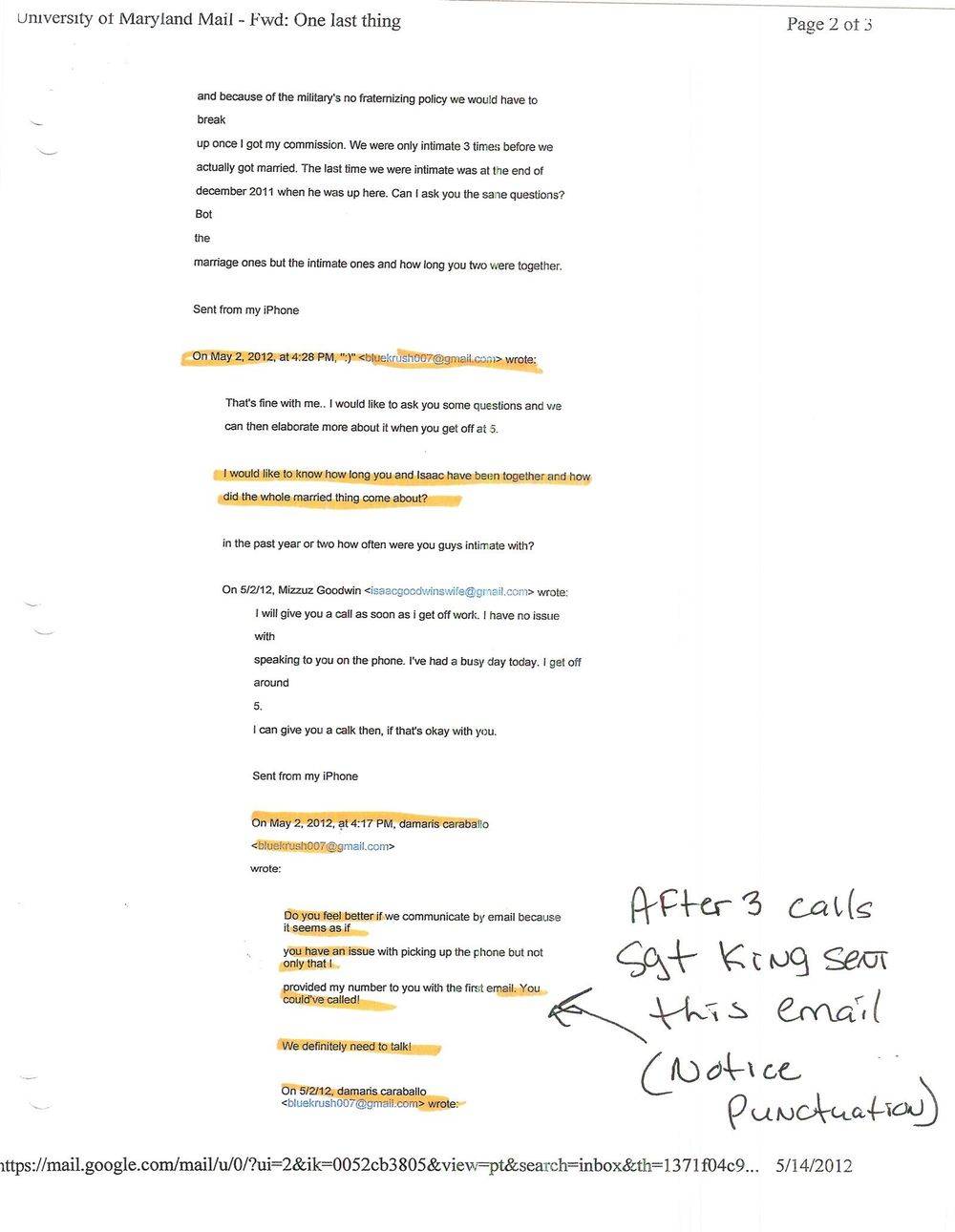 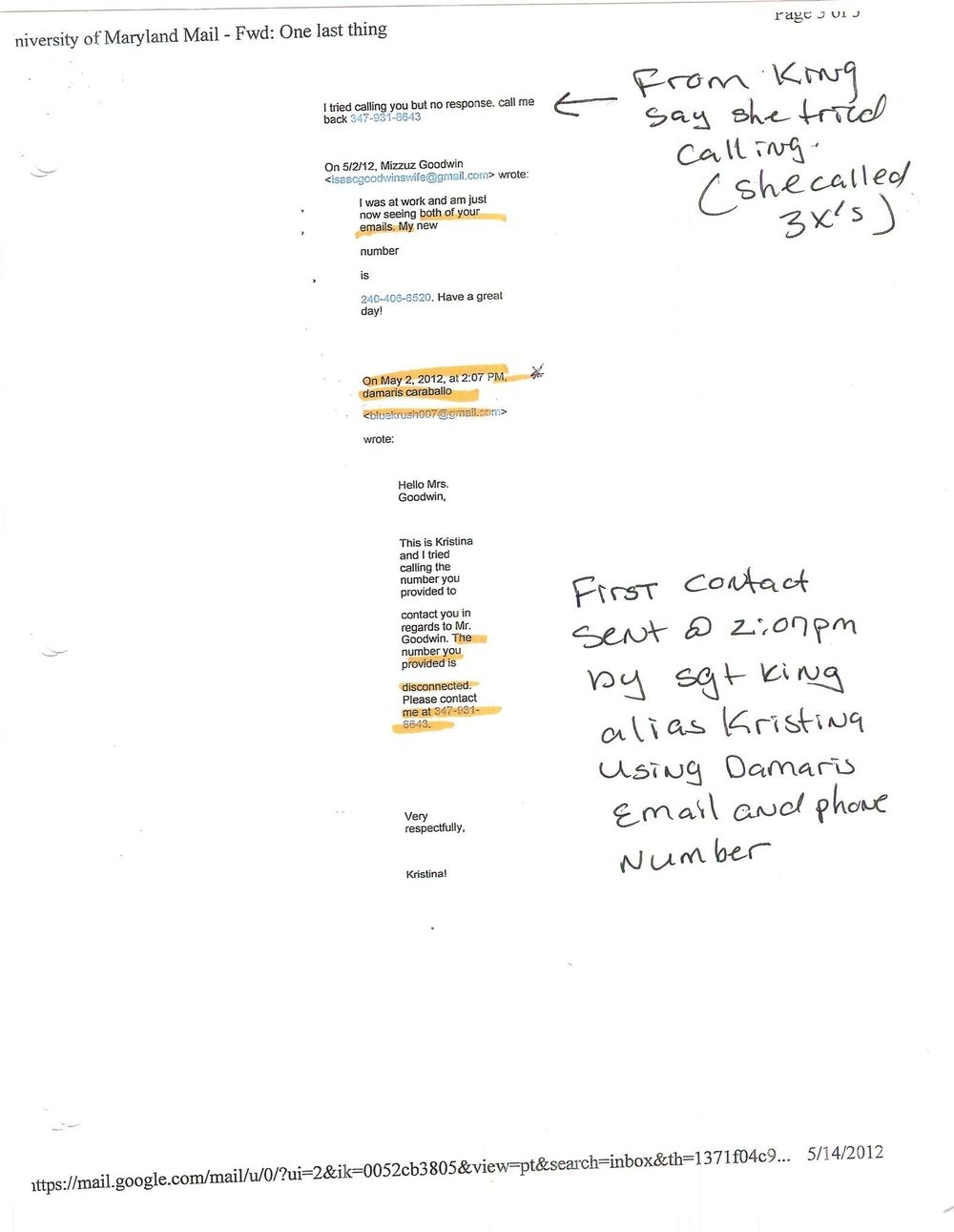 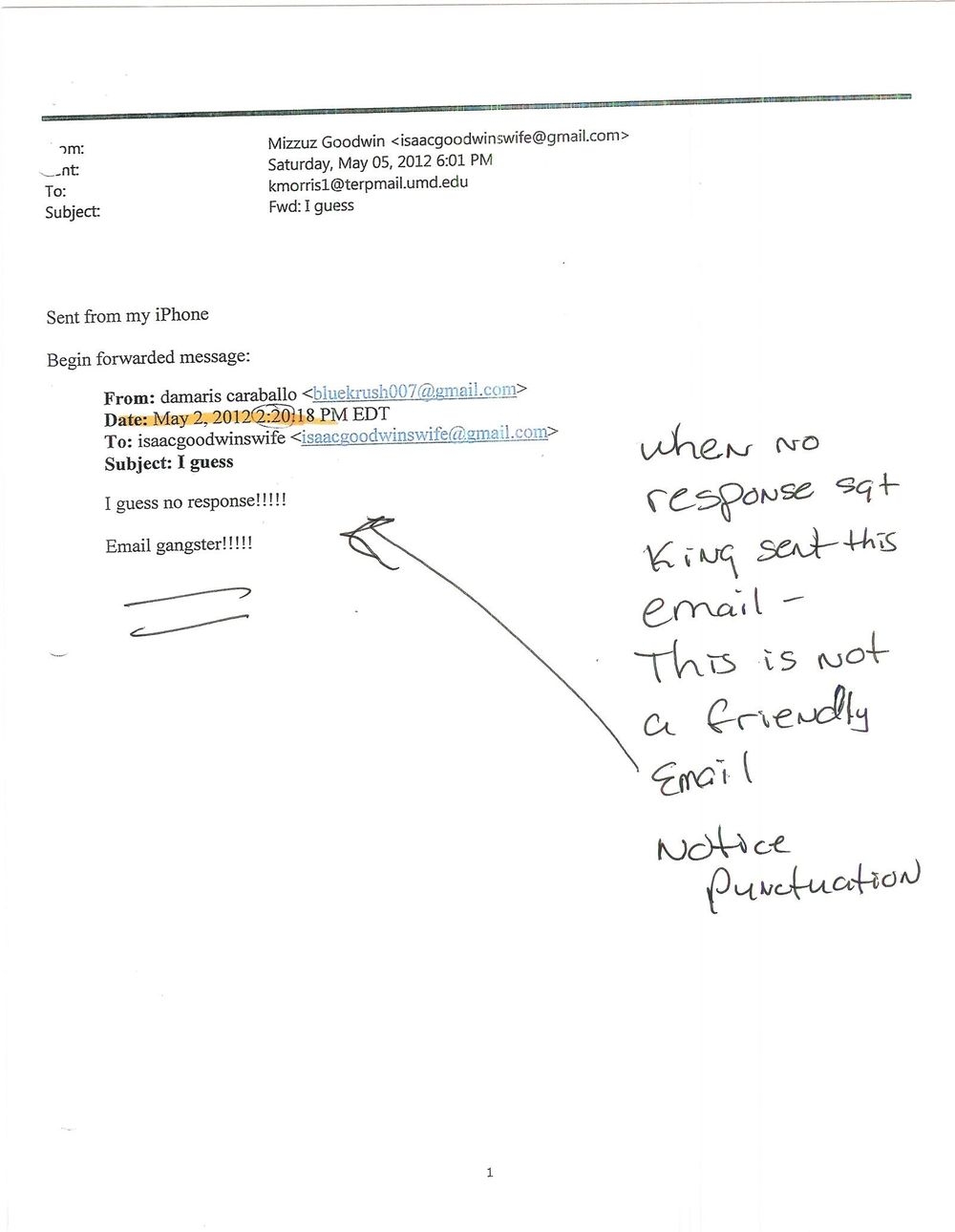 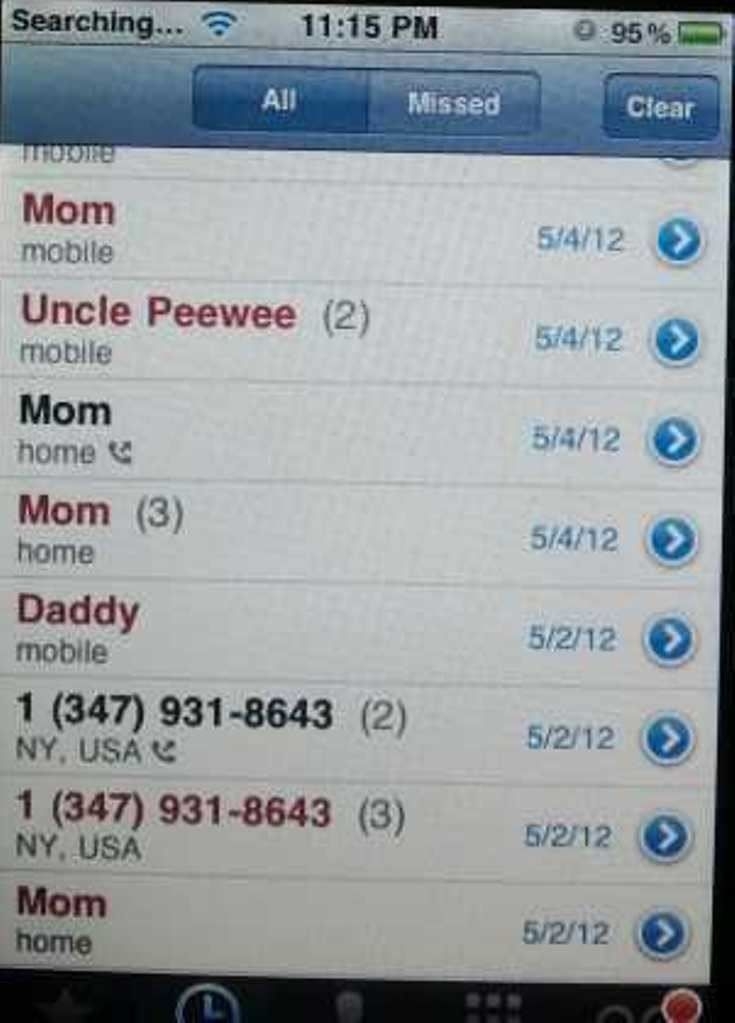 Sgt. Latoya King admitted having an ongoing 3 year affair with Goodwin. She had befriended the deceased over the internet using the aliases Febking and Kristina. She also lawyered up within 72 hours of Kathy's death and allegedly told someone that Kathy was deceased on May 5, 2012. Kathy's body is not discovered by authorities until May 6, 2012.

Her true identity was discovered by military investigators. We keep asking the question, that if she did not know about the scam and did not know Goodwin was married then why was she using the alias KRISTINA when she contacts him. 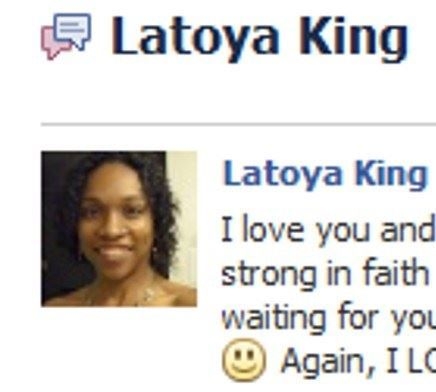 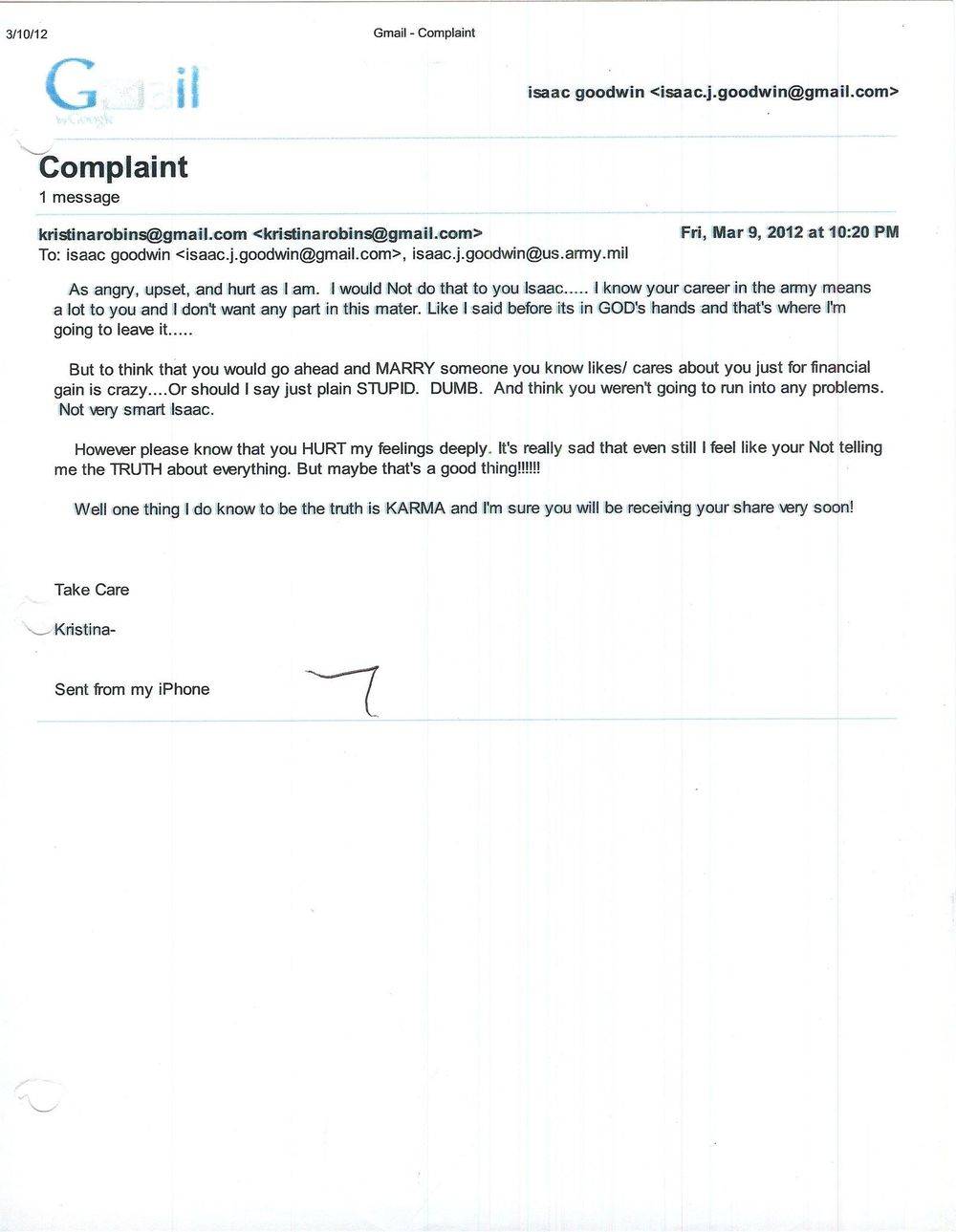 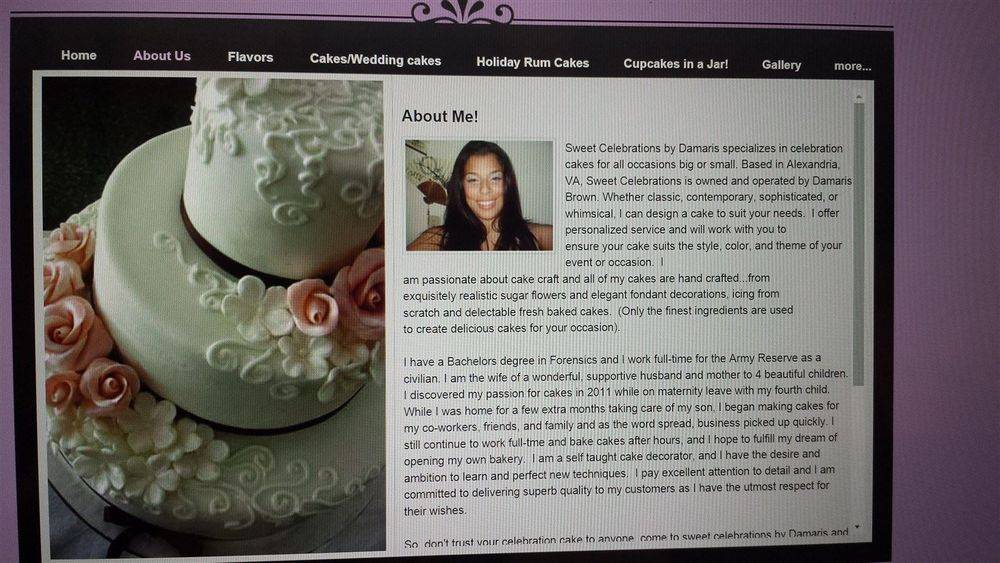 Her military work place was discovered after Damaris Brown, herself posted the below picture on Facebook. In the fine print it listed her former work place in the Family Readiness Center of Fort Belvoir. Her responsibilities were to assist the spouses of deployed soldiers. This information was then sent to Army investigators who then directed the Morris Family to visit Ft. Belvoir.

Three days before Kathy's death emails and text were sent from Brown's phone over a three hour period.